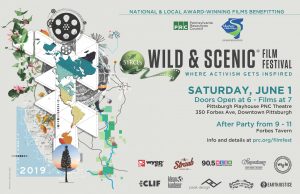 The Wild & Scenic Film Festival – the nation’s premier environmental and adventure film festival – will stop in Pittsburgh in June as part of its nationwide tour to showcase environmental films  that inspire action, and again this year the festival will serve as a fundraiser to benefit two local environmental organizations.

On Saturday, June 1, Pennsylvania Resources Council (PRC) and Allegheny CleanWays will host an evening of engaging and eye-opening films that address pressing global issues and inspire action to protect the environment.  The 2019 film festival will feature three films produced in Pittsburgh along with numerous selections from around the world.

This year’s event offers an impressive new location – Pittsburgh Playhouse in Downtown Pittsburgh – as well as an After Party held at nearby Forbes Tavern featuring beer and cider sampling, tasty bites and an opportunity to chat with local filmmakers.

Doors to the Pittsburgh Playhouse PNC Theatre will open at 6 p.m. with the films beginning at 7 p.m.

Throughout the evening, festival organizers will connect those attending with numerous nonprofits seeking volunteers for projects and programs in western Pennsylvania.

Festival tickets are $25 – and After Party tickets $10 – with all proceeds benefiting PRC and Allegheny CleanWays.

Tickets can be purchased in advance by visiting www.prc.org/filmfest or at the door on June 1. 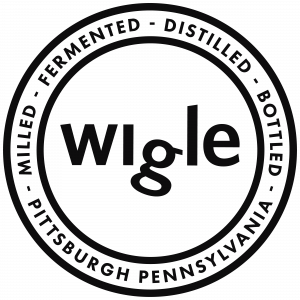 ABOUT THE “WILD & SCENIC FILM FESTIVAL”

Initially a project of SYRCL (South Yuba River Citizens League), the annual Wild & Scenic Film Festival works to combine beautiful and moving filmmaking and environmental issues to inspire citizens across the nation to protect the environment and take action for our local and global communities.  Since 2003, the festival has evolved into the largest environmental film festival in the nation, with the event kicking off each January in California.  This year the nationwide tour to 150+ cities – from Alaska to Maine – will stop in Pittsburgh on Saturday, June 1. 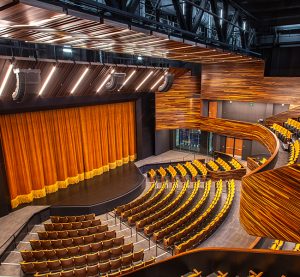 In July, PRC will host a variety of conservation workshops, now conducted as online webinars. The new format enables individuals living in southwestern Pennsylvania to take part in online instruction and then to make arrangements to pick up a ...

PROPERLY PREPARE TO DROP OFF HOUSEHOLD CHEMICALS AT 2020 EVENTS

On Saturday, June 27, PRC will launch its 18th season of household chemical collections by hosting an event from 9 a.m. to 1 p.m. at Wild Things Park in Washington County. This event will introduce new safety measures and a modified fee structure ($2...