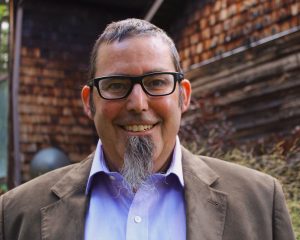 On August 7, the Pennsylvania Resources Council announced the appointment of Justin Stockdale as Managing Director as part of a significant transition project being undertaken by the Commonwealth’s oldest grassroots environmental organization.

The appointment establishes Mr. Stockdale– who has headed PRC’s Western Office in Pittsburgh since 2014– as leader of the organization’s statewide environmental education efforts, recycling and waste diversion programs, anti-litter campaigns and other programs.  In Spring 2018, Mr. Stockdale began serving as interim Co-Executive Director following the untimely passing of Executive Director Robert Jondreau.  The subsequent transition process has included this management realignment in addition to staff streamlining across the organization, a Board of Directors evolution and plans for relocating the Western Office headquarters.

“Throughout the past five years, Justin has proven to be a dynamic leader with a deep commitment to furthering PRC’s 80-year mission and inspiring its staff,” said PRC Board President John Fillo.  “Justin’s 25+ year career leading and managing local, regional and statewide waste diversion initiatives at local government and not-for-profit organizations ensures PRC will continue its long history of supporting individual and collective actions to protect our environmental resources.”

Justin Stockdale is a native of Pittsburgh, born and raised in a family with deep roots in Western Pennsylvania and a proud history of civic engagement.  In January 2014, he returned to his hometown to join the Pennsylvania Resources Council as the Western Regional Director of PA’s oldest grassroots environmental organization.  Justin first dove into the dumpster in 1998 as Operations Manager of the Summit Recycling Project in the mountains of Colorado.

In 2000 he moved south to New Mexico where he led both nonprofit and government-owned recycling efforts ranging from local endeavors to statewide initiatives.  As the Special Projects Director for the Santa Fe Solid Waste Management Agency, Justin led the development of several cornerstone recycling efforts in New Mexico including the construction of the state’s first single stream MRF, NM’s first permanent e-waste collection program and the largest municipal composting operation in the state.  After serving on the Board of Directors of the New Mexico Recycling Coalition for eight years, Justin resigned in 2008 to become the organization’s Technical Projects Director, leading the implementation of $2.8 million grant from the U.S. Department of Energy to develop recycling infrastructure across the state, including eight new recycling facilities and nearly 100 new drop-off collection sites.

At PRC, Justin leads programs including recycling collection events to recover challenging and toxic materials from households, policy initiatives to improve and expand waste diversion systems locally and statewide as well as a broad range of education programs targeting all age groups.  Justin also works at the national level, and in Fall 2017 he was elected to the Board of Directors of the National Recycling Coalition.  Justin’s commitment to finding pragmatic and attainable solutions to waste related issues is demonstrated across his career, from the implementation of his work as a consultant to the imaginative leadership he has proven within local governments and non-profit organizations.

Q: What Can you do to Keep Supply Chains Strong?

A: Learn how to properly recycle! While nearly all aspects of daily life and business have been disrupted by COVID-19, trash and recycling collection have been deemed essential services. Refuse and sanitation workers have joined the ranks of #...

My first introduction to COVID-19 was at 6:30am on a Thursday morning in early March. I went to a Starbucks in the suburban neighborhood where my parents live to grab a cup of coffee before sitting down to work. I set my reusable mug that I always ha...