Home > About us > Mission & History

Our mission is to lead and promote individual and collective action to prevent waste and conserve Pennsylvania’s environmental resources for each generation.

Pennsylvania Resources Council, a 501(c)(3), is an environmental not-for-profit established in 1939. Founding members were an assembly of citizens. Above all, they were worrying about the effects of the newly commissioned Pennsylvania Turnpike. Thus, their main concerns are the proliferation of billboards and other forms roadside blight. Similarly, they are all active in local garden clubs, so they use the Garden Club Federation of Pennsylvania as a platform for their new group. Then, the name of the organization starts as Associated Clubs for Roadside Development. Finally, to better reflect the mission, the name changes to Pennsylvania Roadside Council in 1939.

The initial Board of Directors includes:

During the 1950’s, our organization supports programs to protect the scenic beauty of Pennsylvania such as:

As more drivers take to the roadways, a new crisis emerges in the form of motorist’s discarded detritus. So, we take on the challenge and begin campaigning against roadside litter. As a result, PRC introduces the Litterbug mascot in 1952. Later, the Litterbug is re-imagined during the 1990’s. In other words, he lost his cigarette and continues to fight litter. 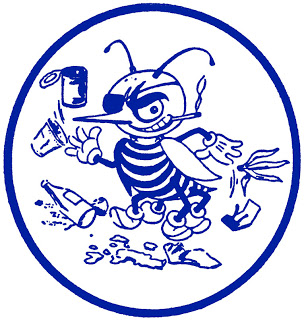 Our focus on waste diversion and recycling is rapidly evolving in the 1970’s. For instance, landfills and incinerators popularity sky rockets. After that, we encourage embracing alternatives.

Then, fast forward to 1988 when PRC becomes a national leader on issues related to recycling and helps craft Pennsylvania’s groundbreaking Act 101. Finally, the standards set for state recycling laws is signed by Governor Bob Casey. In conclusion, we are still advocating for responsible waste and recycling practices today.